The journey to the opening of the Texas Hot started in 1912 when Jim Rigas at the age of nineteen, emigrated to the United States, and in 1914 when George Raptis, at the age of seventeen emigrated to the United States. They came from the same area of Greece and their mountain villages were just a few miles apart. They knew each other in Greece, for they were second cousins.

Upon arrival, they each worked at different jobs but, eventually, they both moved to Johnsonburg, PA where they worked at a paper mill and tannery. They lived together in a company house. Jim worked hard, unloading logs from the trains and hauling them to the factory. George had a relatively easy job, for he controlled the amount of chemicals that were needed in the tanning process.

In 1919, George married Angeline Vlahos from Arahova, Nafpactias; Jim’s home town. Jim was the best man, for they had developed a very close relationship.

Jim wanted to own his own business, and an opportunity arose. He, along with the Poulos brothers, opened an establishment in Olean, NY. The store featured a hat blocking and cleaning portion in the front window, a shoe shine stand in the middle of the store, and a pool room at the rear. This style of store was prevalent throughout the United States at that time period, for men and women wore hats, and kept their leather shoes shined.

When their lease was not renewed, the young entrepreneurs were forced to look for a new location.  They found in a building in Wellsville, NY which was owned by Mr. Stannards. Mr. Stannards also owned another building in Wellsville that was vacant, and he suggested that Jim and the Poulos Brothers open a restaurant that specialized in hot dogs. Wellsville had no such restaurant, but there were in other towns in western NY and Pennsylvania.

Well, they decided to open such a restaurant at its present location of 132 N. Main Street. They knew nothing about running a restaurant, or even about cooking, but they did have some Greek friends who owned a Texas Hot in Olean. Jim Pappas and Anthony Primikiris generously taught them the art of making chile sauce, pies, and other staples of a diner menu.

The Texas Hot opened on November 21, 1921. Previously, George had mentioned to Jim that if an opportunity availed itself for him to be a partner with Jim in any business venture, to keep him in mind. After the Texas Hot opened, Jim suggested to the Poulos brothers that they dissolve their partnership; with the Poulos brothers keeping the hat block store, and Jim keeping the Texas Hot, having in mind that he would ask George to become his partner at Texas Hot. They accepted. Jim contacted George and in January, 1922, George came to Wellsville and became a partner. The Texas Hot opened with four tables available, and a counter with twelve stools. In the mid-twenties, a restaurant went out of business, and the Texas Hot bought their imitation marble top tables and chairs. In 1937, The Texas Hot had wooden booths made to replace the tables and chairs, and these are the same booths that are in place today.

When George and the family moved to Wellsville in 1922, they lived with Jim in an apartment above Texas Hot. In 1923 when Jim married Helen Brazas, from his home town, the Raptis Family moved next door and were neighbors for fifteen years.

George worked the morning shift, and Jim the night shift; and that continued until 1933 when they changed shifts, which lasted until their retirement. The store had a slow start, and George loved to tell the story that in the morning, he was the waiter, the cook, and also the dishwasher, and sometimes he would sit down with nothing to do. When they both lived upstairs, and Jim got busy at the Texas Hot, he would pound on a pipe that went upstairs and George would come down to help out. In the mid-twenties, the Texas Hot building came up for sale and it was purchased by Jim.

The Texas Hot struggled in the beginning. Couples and families rarely ate outside the home. The coffee break was not yet an accepted practice in offices and shops. There would be a few busy hours at breakfast before work started, and then another rush at lunch as workers streamed in from local factories and construction projects. However, by 1:30 the restaurant was practically empty, and it stayed that way until a few customers came in for dinner.

At night, any business depended on when the Babcock Theater, located on the corner, let out. On Saturdays, farmers and their families coming to town to do their weekly shopping made the Texas Hot one of their regular stops. Over the years, the restaurant gradually gained patrons from the nearby merchants and their employees, and the amount of business grew continually larger and steadier into what it is today.

Fortunately, business increased as the years went on. New menu items were introduced and a new store front was added in 1957. From time to time, a few changes were made to the interior, but the atmosphere has been about the same for many years.

In 1951, Gus Rigas, the son of Jim Rigas entered into the management of the Texas Hot and, in 1957, Jim Raptis the son of George Raptis also became part of the management team. As time went on, the duties of Jim and George diminished, and Gus and Jim became co-owners of the Texas Hot. Then, in 1983, Chris Rigas, the son of Gus became involved at the Texas Hot. In 1984, Mike Raptis, the son of Jim came on board, and they are currently the co-owners of the Texas Hot. Now, the fourth generation of the Rigas and Raptis families have joined the work force. They are: James Rigas, Isabelle Raptis, Demetrios Raptis and Gabriel Raptis. It is a tribute to all four generations, that in its one hundred year history, the Texas Hot has grown from a struggling start-up lunch room, to what has long since been, Wellsville’s central gathering place for people from all walks of life.

Also, the Texas Hot has received a number of honors, such as the Empire State Development Corp small business award, at a western NY small business showcase in Buffalo, for being the oldest family owned restaurant. Texas Hot has also been featured in plenty of magazine and newspaper articles over the years.

The Texas Hot has attempted to become community oriented. Throughout the years, it has supported many community projects and has also sponsored many sporting teams.

And who can forget the 50 year anniversary parade in 1971 when the US Army Reserve tanks rolled into town, or the 75 year anniversary parade in 1996 when Tommy, the night manager rode the elephant. On that day, with the help of the Lions Club, over 31,800 hot dogs were sold. During the flood of 1972, when the store could not remain open because of the lack of electricity, its employees made sandwiches and distributed them to the many workers who were manning various stations throughout the village.

But the success of the Texas Hot is not only due to its many loyal customers and management. It is also due to its employees and their dedication and work ethic. The Texas Hot has been fortunate to have had many loyal employees who have served the public for many years; many with over 30 and 40 years of service. Also, needless to say, the spouses, with their love and devotion, have been an integral part of the success of the Texas Hot.

The Texas Hot must be doing something right to have such a loyal customer base and to have so many long term employees! The Rigas & Raptis families are very appreciative of the loyalty of its customers and employees, who together, have made the Texas Hot what it is today! 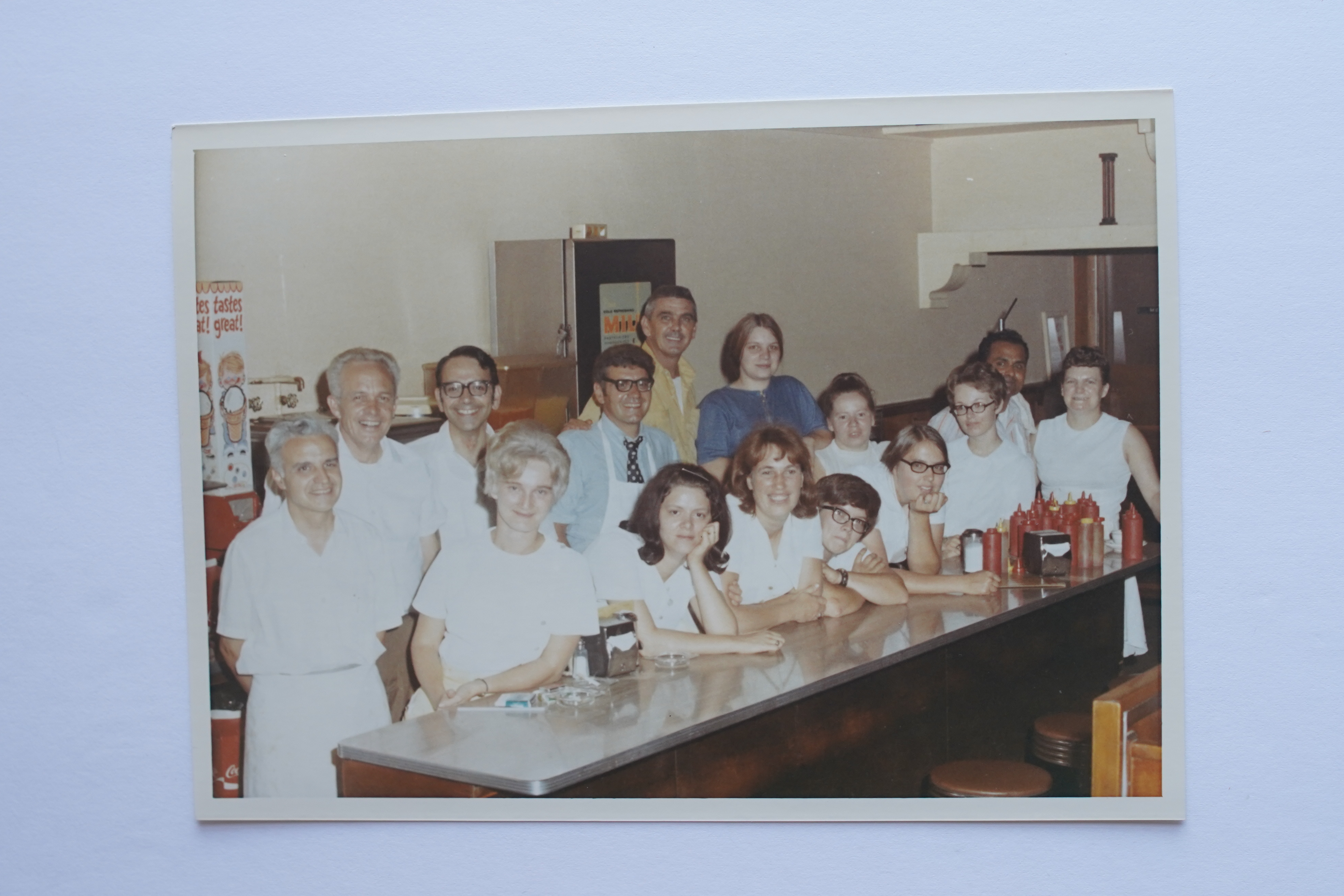